How do you stop the flow of lava?

Authorities on Hawaii’s Big Island have declared a state of emergency as lava from the Kilauea volcano threatens residential communities and roads. Is there any way to stop a lava flow and save the homes in its path?

The Sicilians have always been threatened by Mount Etna, the volcano mountain in the north-eastern part of the island. In 1669, resourceful residents of the village of Catania fought back against the all-destructive force of molten lava.

“Armed with shovels and pickaxes and protecting themselves against heat with wet sheep-skins”, according to one academic account, the Catanians opened an artificial breach, cutting off the lava’s path.

The residents of nearby Paterno were not pleased. They believed the diversion pointed the lava directly at their own community and decided to stop Catania’s attempts. The breach sealed up and the lava continued flowing toward Catania, destroying a large portion of the town.

It was the modern start to what Dr Shannon Nawotniak, a professor of geology at Idaho State University, calls a “spectacularly poor success rate” of stopping lava. 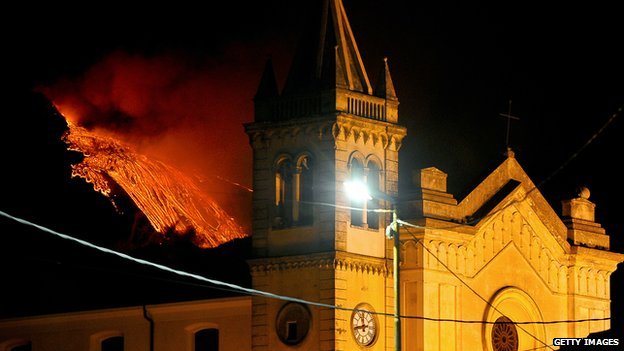 Mount Etna is the second-most active volcano in the world

At temperatures of about 1,000C (1,832F), lava destroys whatever it touches. Its path is notoriously hard to predict.

The ability to impede or redirect lava largely depends on location, resources and luck. Here are four strategies:

Before he was a general in World War Two, George S Patton designed a different kind of military campaign – a bombing run on Hawaii’s Mauna Loa, the largest volcano on Earth, as it erupted in 1935.

As the lava began flowing at a rate of one mile (1.6km) a day towards the city of Hilo, then-director of the Hawaiian Volcano Observatory Thomas Jaggar suggested bombing lava tubes.

Lava tubes are cooled and hardened outer crusts of lava which provide insulation for the faster-flowing, molten rock inside. Such a conduit enables lava to move farther and faster.

In theory, bombs would destroy the lava tubes, robbing lava of an easy transport channel and exposing more of the lava to the air, slowing and cooling it further.

But in practice, while bombs created craters in parts of the tubes, they were soon filled again by the lava. Hilo was instead saved when Mauna Loa stopped erupting. 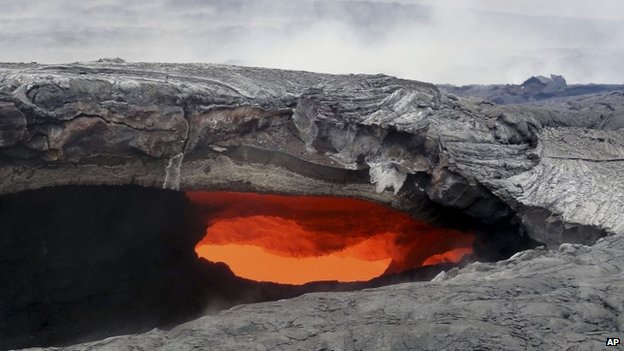 Later tests by the US Air Force suggested newer, larger bombs could make more of a difference if they were targeted at the most vulnerable sections of the flow.

Cool it with water

One of the most successful lava stops came in the 1970s on the Icelandic island of Haimey. Lava from the Eldfell volcano threatened the island’s harbour and the town of Vestmannaeyjar.

For almost five months in 1973, frigid sea water was blasted through cannons towards the advancing lava. As the water hit the superheated rock, it turned into steam, allowing the lava’s heat to dissipate. 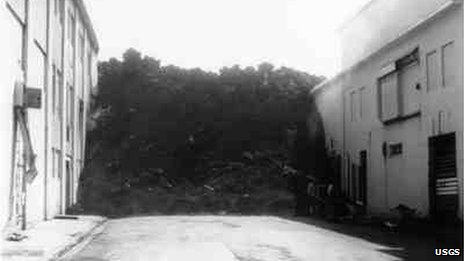 Lava stopped in the middle of a street in Vestmannaeyjar

A fifth of Vestmannaeyjar was destroyed before larger cannons were brought in, but enough of the lava flow was slowed and redirected to save the harbour.

But conditions were right for such an intervention to work – the lava from Eldfell was particularly slow moving and an inexhaustible supply of water was available, Dr Nawotniak says.

Back at Mount Etna, an eruption in March 1983 threatened three towns. Barriers of rock and ash were constructed in an attempt to divert the lava.

“They were trying to slow it down and direct it downhill,” Dr Nawotniak says.

One of the first barriers, 18m high and 10m wide, was overrun, but a second barrier blocked lava from moving further west. 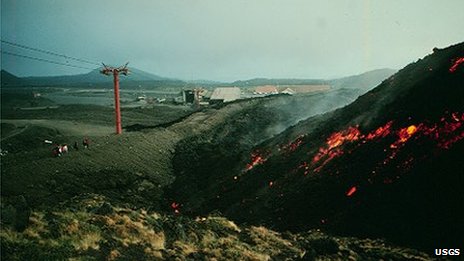 The Sapienza barrier in 1983

Two other major barriers kept the flow from reaching the main tourist area of Etna on the eastern side of a valley.

The lava missed buildings by metres. One of the barriers, known as Sapienza, had six feet added to it by the lava. But Sapienza and the others held until the eruption ended in August.

Almost 10 years later, Etna erupted again, and Italian officials used the lessons of the earlier eruption to save the town of Zafferana. In addition to barriers, workers created an artificial trench to catch lava redirected from a breach made with explosives. That only pushed away part of the lava, so concrete blocks were dumped into the remaining flow, fully diverting its path.

But how many of the successful diversions or stops of lava only worked because the eruptions ended when they did? The US Geological Survey suggests that the Iceland and Etna diversions “may not have succeeded had their respective eruptions continued”.

“You have to be in a wealthy country with a lot at stake to even consider” lava diversion, Dr Nawotniak says, considering the volume of volcanic eruptions and the potential costs.

“You might buy yourself some time until the volcano stops itself,” she says. 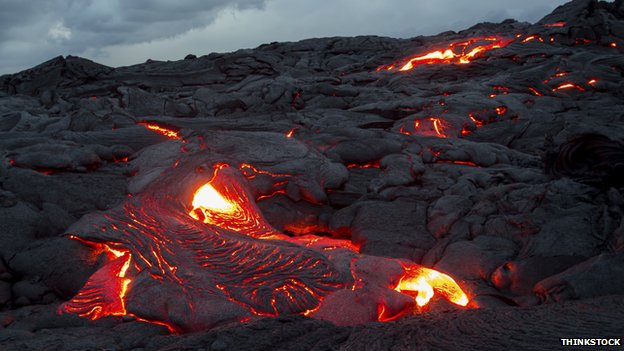 The path of lava is difficult to predict

Diversion may push lava away from one area only to direct it toward another human settlement. The residents of Paterno knew that well.

Dr Nawotniak says she and her fellow geologists see lava diversion as an ultimately losing battle.

A better focus, she says, is improving the prediction of volcanic eruptions.

“That way we can give people the best possible chance to move on their own terms,” she says.

More from the Magazine 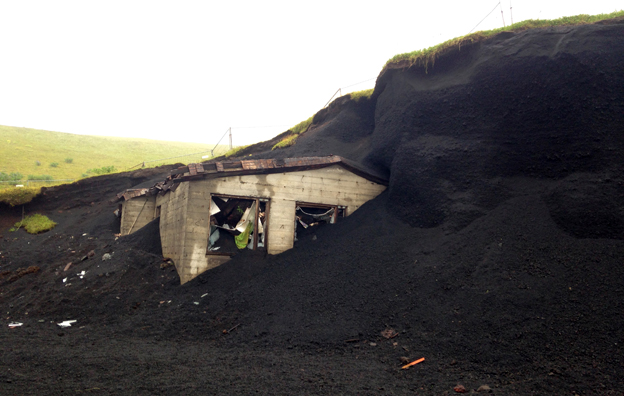 A house submerged in ash

The Icelandic eruption 41 years ago buried hundreds of houses. Archaeologists have been uncovering what remained of the buildings, giving the island the nickname “Pompeii of the North”. An entire museum has been built around the remains of one of the homes. For some people on the island, however, uncovering the remnants of a traumatic past has been difficult.